On our website, we would like to use the services of third-party providers who help us improve our promotional offerings (marketing), evaluate the use of our website (performance) and adapt the website to your preferences (functionality). We need your consent for the use of these services; you can always revoke this consent. You can find information about the services and the chance to reject them under “User-defined.” You can find additional information in our Data Protection Policy.
Allow all services
User-defined 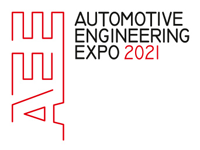 Large toolmaking for the automotive industry

Strack Norma, one of the leading suppliers of standard parts in Europe, presents its solutions for large tool making at the AEE. The focus is on the standardised and patented "PowerMax" series of standard sliders for use in large toolmaking, especially in the automotive industry. The premium series also includes the "PowerMax 2.0" standard slide valve, which is up to 30 percent shorter, and the "PowerMax light" as an inexpensive alternative for product series that run in small quantities or small series. It was also supplemented by the "PMON" hold-down gate, which the company designed at the customer's request with the driver in the upper part of the tool.

In addition, the Lüdenscheid-based family-owned company will be presenting a selection of its range of guide elements at the AEE, which have been supplemented by variants with a sintered metal sliding layer (SNS). The sintered metal sliding layer makes the elements in tool and mould making more resistant, improves their service life, reduces maintenance costs and increases productivity. Tests in the automotive industry have already confirmed that the service life of sintered metal is many times longer than that of bronze with solid lubricant. Here, the SNS sliding strips in the medium and premium versions of the "PowerMax" standard slide valve series have been successfully used in recent years.

Meanwhile, in addition to flat guide rails, prism guides and sliding guide bushes made of sintered metal as well as special solutions are also part of the fixed range. This year, the two-part guide bushes made of steel with bonded sintered sleeve were replaced by a guide bush with SNS sliding layer. The new bushings are available in different dimensions and are compatible with the existing guide bushings range, so that customers can easily replace them and exchange them with each other. Since this year, the standard parts supplier has also had other components for large toolmaking in its range, such as spacers, guide rails or centering devices, which are required according to the respective standards of the automotive industry.